Do I have to use the manufacturer’s oil?

Home / Blog Posts / Do I have to use the manufacturer’s oil?

Do I have to use the manufacturer’s oil?

When you buy a new car, check your manual for the type of oil that the manufacturer recommends. The oil you use is most dependent on its viscosity. Viscosity refers to the thickness of the oil.

Oil is an essential component required for the smooth running of your engine. Oil in your vehicle springs from the oil pump, and then pressure is applied to supply it throughout the engine. The oil in the engine cools and lubricates parts like the motor.

Throughout the process where the oil moves around the engine, it accumulates dirt and other contaminants from the engine. Due to all the impurities in the oil, sludge is produced and gathers at the bottom of the oil pan.

Different kinds of oil produce varying performance results from the car. The oil you use in your engine may either be synthetic or mineral. The two have other effects on your engine. You must follow the manufacturer’s guidelines since they are, after all, responsible for building the engine.

If the engine oil you use is not suited for the engine, it will cause contamination which will cause the efficiency of the engine to decline. If you desire to keep the warranty of your engine, use the recommended oil.

If different oil causes damage to your engine and the manufacturer uses a tracer in the oil, you may not be compensated. If you do not use the recommended oil, make sure that what you use meets the specification that the manufacturer stipulated.

Additives, detergents, and dispersants in the engine oil

Some kinds of oil are not suited to sweltering conditions and others to cold conditions. Dirt within the engine oil also affects the seals and causes them to work inefficiently.

The additives are put into the oil to adapt under different climatic conditions.

Dispersants are also a very crucial component of engine oil. They prevent contaminants from settling at the bottom of the oil. It is difficult for the oil filter to sieve them out if they are at the bottom.

The dispersants within the oil react with the impurities and keep them in suspension. This makes it easy for the filter to remove them.

When selecting engine oil, pay attention to the specifications of the components and compare them with the manufacturer’s specifications.

Replacement interval of the engine oil

Most of the older engines required an oil change at about 3,000 miles. Modern engines are more resilient and may even go up to 8,000 miles.

Before getting the engine oil, study how often it requires change. The oil change should not be done a great number of times. The constant changes advised are usually a ploy by some manufacturers to increase their sales.

Get expert advice on how often you need to change that specific oil. If you cannot make sense of your user manual, also consult an automotive expert to help you determine what engine oil would be best for you.

Modern engines are more efficient and do not rely so much on oil consumption. Synthetic oil even adds more mileage to your car before you need another oil change. However, if your oil is leaking, have it changed earlier. If your oil leaks are not attended to, so much heat is generated within the engine, which can wear the components out.

How oil viscosity affects the performance of engine oil

If the engine’s moving parts do not have oil between them, friction increases. Friction within the engine means that heat is generated between the components.

Since different types of engine oil are of differing thickness, the thickness relevant to your engine depends on how close the engine parts are—the rate at which the metal parts in your engine touch is determined by tolerance. A high tolerance between the components means that they are in close proximity.

The engine with the parts close to each other is usually high performance and requires that you be specific while choosing your engine oil. With low tolerance engines, the distance between the parts is more considerable. If your car has this type of engine, you do not have to be so particular about the engine oil you use.

Most car owners do not consult their manual when their engine oil needs a change. They use the sticker that was attached during the oil change for reference.

Remember, the change intervals could be exaggerated to buy the oil constantly. Follow your manufacturer’s advice. All types of engine oil have different levels of thickness. Your engine requires oil with specific viscosity. If you use the wrong engine oil, the engine’s parts will come into contact.

What is engine synthetic oil?

Synthetic oil is manufactured through chemical processes, unlike regular oil, because its molecular makeup is more uniform. It also comes with fewer impurities than conventional oil and thus is more suited to temperature changes and can resist oxidation.

The oil is designed to perform the following functions in the engine;

The most significant downside to synthetic engine oil is its price. The manufacturing of synthetic oil undergoes various processes to achieve its great purity. Because of this, it is much more expensive than regular petroleum-based oil.

Before taking your car for an oil change, consult your manufacturer’s manual. Know all the recommendations so that you put the right amount of oil in your engine. Do not rely on your service sticker to inform you about when you need an oil change. Always consult your user manual. 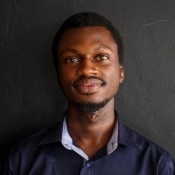